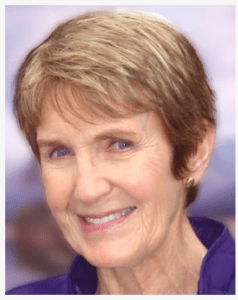 With sadness, we announce that Diane Blackwood passed away peacefully surrounded by loved ones on December 3, 2018. Diane was born in Glasgow, Scotland on May 29, 1945. She is lovingly survived by her two sons Craig and Scott as well as her sister Linda.

Spectrum was launched over thirty years ago in 1987, with Diane Blackwood a founding member of the Board of Directors. We knew Diane for many years before founding Spectrum, thanks to the Dunbar Autistic Youth Program, a summer and weekend program run through the Dunbar Community Centre in the early 1980s. Her son Craig was enrolled in the program, and it is through this experience that we first met Diane and witnessed her strength, commitment and good humour. She was supportive of our efforts to make a difference in the lives of the people we were meeting through that program, and so of course it was natural that Diane’s name was the first to come up when we were establishing Spectrum and forming a Board of Directors.

We asked Diane to join that inaugural board because we were all deeply aware of her commitment to the care of her son Craig and her advocacy on issues concerning support for people with cognitive and other disabilities. And we were also well aware of her generosity of spirit, her willingness to engage in projects that sought to make a difference to people. So for over thirty years Diane served on Spectrum’s board, sharing with us her perspectives, her experiences, and her depth of knowledge.

Diane made her influence felt gently, with clear-sighted guidance, with a calm presence, with a disarming dry wit, and with a strength that was inspiring and has served as a model for those of us at Spectrum – on the Board, on the Executive, and among the people employed by and served by the organization.

We will miss Diane greatly. Her contributions to making Spectrum a strong person-centred agency simply cannot be measured. She was a friend, a mentor, and a role model.

If you would like to make a donation in her memory, you can make an online donation at Canada Helps or you can complete this Donation Form and send a cheque to our office.

Sincerely,
Spectrum’s Board of Directors